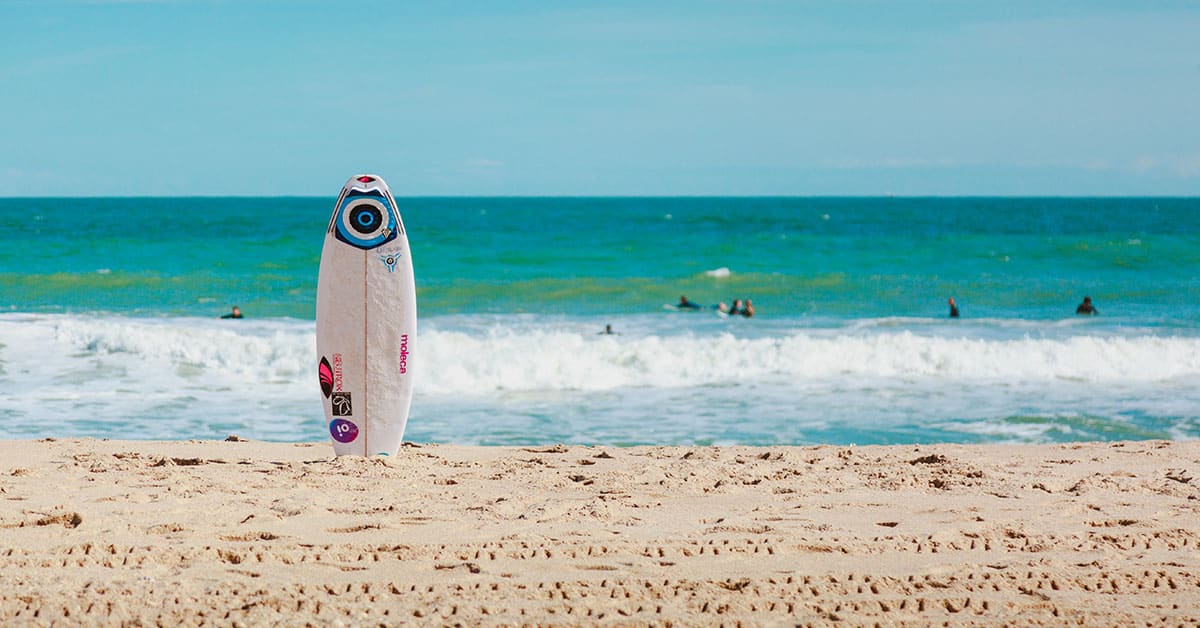 For anyone who surfs or wants to learn surfing a “surf-etiquette” is recommended. A behavioral codex that makes it safer for all surfers in the lineup and ensures that everyone has fun.

Sounds first stuffy and not at all “surfer-like”, but is really important. The wave belongs to the surfer (let’s call him “Dude”) who paddles closer to the breaking part of the wave, or even already surfs on the board. Try another surfer, let’s call him “Barney”, before dude launch into the wave Barney destroys the wave for dude. Not cool! First of all, it is extremely dangerous, both for Dude and for Barney, and disrespectful, and often such actions result in fights and further disrespectful and antisocial behavior in the lineup. Dude had been waiting for the wave until it was his turn, Barney destroyed the wave for Dude and now Dude may not wait until it’s his turn to drop into the next wave.
If you accidently “drop in” on another surfer meaning taking his “right of way”, try to get out of the wave as fast as possible (kick out) and clear the track for dude. After that, an apology on your part is appropriate.

If you’re closer to the breaking part of the wave and a Barney still paddles to catch “your” wave? Attract attention with a whistle or a shout at Barney. But first be sure that you really catch the wave, otherwise it will be embarrassing.
Barney still starts on the wave? Let him know of your surfing position with a loud call or whistle. If Barney still does not react, he is an idiot. Unfortunately, there are also some of those anong us surfer. Now it’s up to you whether to engage in a heated conversation with the idiot, or stay cool and enjoy the surf session.

When you paddle to the lineup, try to use a deep water channel where the waves will not break, if that is not available paddle around the takeoff zone. Thus, you do not get in the way of the oncoming surfer and you do not take the risk of being run over. If you still get into the situation of being in the way of a surfer, paddle into the already broken part of the wave, so the standing surfer can continue his way down the wave. You will duck dive through the broken wave.
“Duck dive” means that you push your board through the wave. Before you paddle out at a surf spot with many other surfers in the lineup, you should know how to duck dive.
If a wave breaks in front of you lot of people think it is a good idea to just let go of your surfboard and dive as deep as possible. IT IS NOT!

First of all, surfers paddling behind you can be hit by the surfboard accelerated by the force of the wave. Secondly, a leash might tear or open.
Depending on how far the distance to the beach you are in for a long swim, if currents and big waves are added, it can get really unpleasant. So LEARN TO DUCK DIVE and ALWAYS HOLD ON TO THE BOARD.

Many of the rules in the line up arise from common sense and require no further explanation. Logical that you behave respectful and friendly to other surfers and other beach users especially the locals, listen to the instruction of the life guards and leaves no garbage on the beach or in the dunes.

With this surf etiquette, everyone in the water has fun and the locals like to share their surf spot with you 🤙

We use cookies on our website to give you the most relevant experience by remembering your preferences and repeat visits. By clicking “Accept All”, you consent to the use of ALL the cookies. However, you may visit "Cookie Settings" to provide a controlled consent.
Cookie SettingsAccept All
Manage consent